Did You Know Jury Trials are Authorized in Termination-of-Parental-Rights Cases?

Some readers may be as surprised to learn, as the Jur-E Bulletin editor was, that some sensitive family matters are eligible for jury verdicts.  In Matter of DKS, the Wyoming Supreme Court gives us a peek into how voir dire works in TPR cases there.

The National Federation of the Blind and the Disability Law Center are pleased that the Massachusetts Supreme Judicial Court rejected an appeal to throw out a jury guilty verdict because one of the jurors was blind.  The Boston Globe reports that the advocacy groups in their amicus brief argued, “[For the blind] jury service is more than civic duty. It is recognition as a responsible member of the community, worthy of being entrusted with questions of guilt and innocence, life and death. Excluding blind individuals deprives both the defendant and the members of the jury of unique perspectives and life experiences that enhance deliberations and ensure a just verdict is reached.”

The Canadian Parliament enacted a statute abolishing peremptory strikes as of September 2019.  Last month, the Ontario Court of Appeals upheld the constitutionality of the new law.  However, it also determined anyone who chose to be tried by a jury before the new rules kicked in can proceed with peremptory challenges, even if the trial itself begins after that date. The court stated, “For the purposes of determining the temporal scope of the legislation, this loss of one aspect of the accused’s right to participate in the selection of the jury affects in a negative way the accused’s right to trial by jury as it existed before the amendment.”

In an ongoing trial involving product liability claims against global agribusiness giant BASF in Cape Girardeau Missouri, the Midwest Center for Investigative Reporting described a situation with layers of irony.  While presiding over the case in the Rush Hudson Limbaugh Courthouse (named after Rush Limbaugh’s grandfather), federal judge Stephen Limbaugh issued a gag order on attorneys and parties.

In his appeal from a death penalty verdict, Ryan Hoyt (co-defendant of Jesse James Hollywood!) challenged the trial court’s conduct of voir dire.  Hoyt faulted the court for not sequestering individual jurors during voir dire questioning, excluding a variety of questions from a voir dire questionnaire, and failing to strike numerous jurors for cause.  In a lengthy opinion rejecting Hoyt’s claims, the California Supreme Court rendered a model for careful analysis of voir dire procedures. 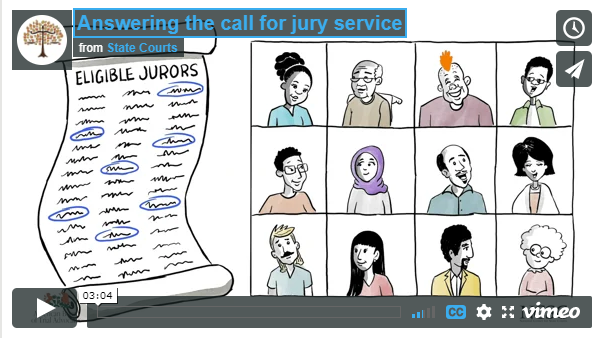